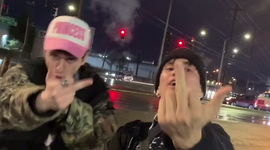 I'd like to extend a greeting to the fine folk of this website! Your welcoming staff members @Alek and @rs , due to a lack of active blog writers, have commissioned myself as well as a few friends to share our writing over the coming weeks! I love talking about my favorite artists, and hope that I can impart some of my desperate feelings onto you, the reader, by the end of our time together. Please enjoy the review! 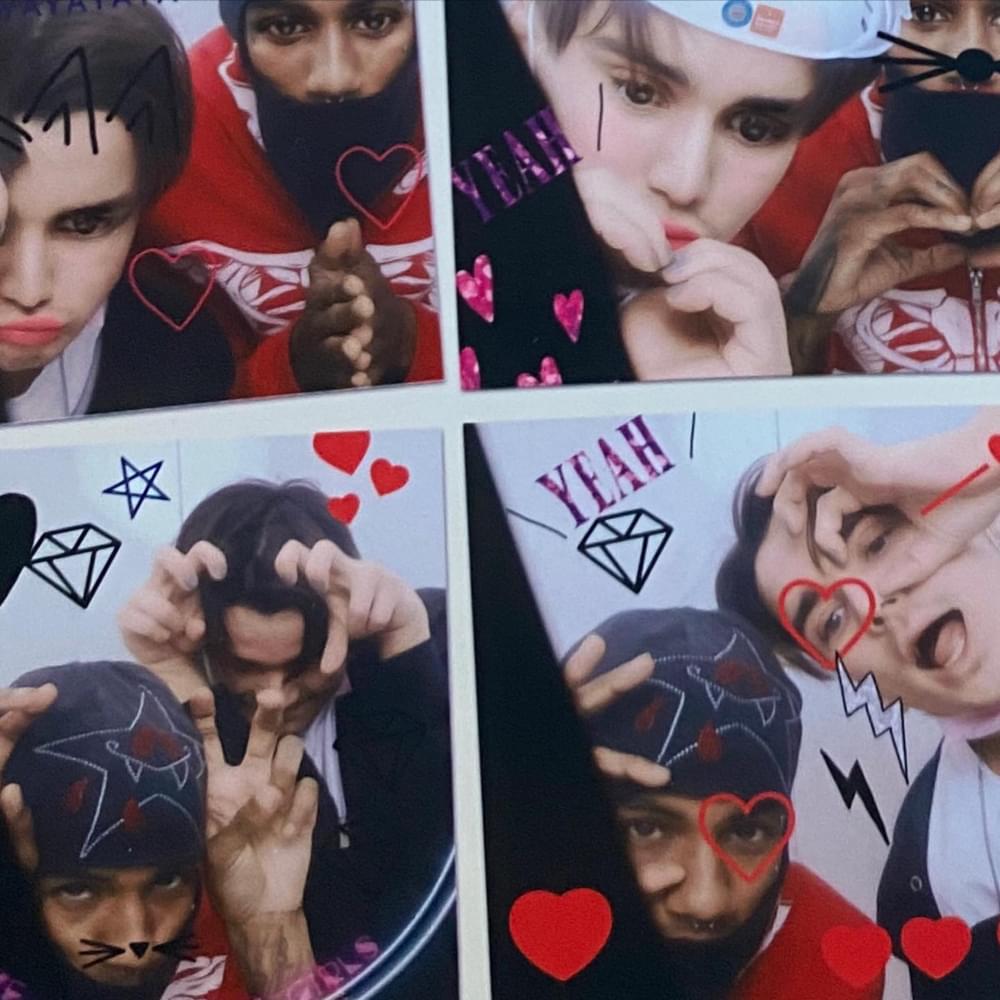 I'll be honest, I'm a little surprised more people aren't talking about this one.

To be fair, Diamondsonmydick hasn't been around for all that long, but even in that time he's influenced the cloud rap and glitch core scenes in measurable ways. He's quickly become one of the genres most recognizable figures (of which there aren't that many to begin with) and he's consistently growing and changing his sound with time.

But with Sanrio Suicide he takes this sound even further, by incorporating almost every other kind of music. Rock, industrial, children's music, folk, singer-songwriter, alternative, drum n bass, techno, house, dream pop, avant-garde, showtunes, there are even classical sections on this that are impressively enough arranged for their small appearances to stand out. I could keep going.

The thing that I'm doubly impressed by is Diamonds’ razor sharp sense of voice. He's certainly not wordy or overly lyrical, but the melodies he writes combined with the delivery and deeply personal, character driven version of the tennessee rapper’s psyche creates a surprising amount of layers to peel back.

I'm not going to get into a lot of specifics here regarding tracks, this is worth listening to just for how original it is and I don't want to spoil hardly anything for you. It's a sonically dense record with a lot to uncover.

I do particularly want to shoutout Sanrio Suicide, so far I think it's my favorite song of the year, and it could have only been written by Tyler Arrington, and in music, that's a very special thing. It's the same reason we love K**** and Tyler and Kendrick, Diamonds’ voice has fully arrived and Sanrio is the perfect encapsulation of what makes him and Jack simultaneously accessible and adventurous.

I'm really happy with this one, and I'm so happy to see Yungster Jack show up fully formed. I'm hoping this is just the start for a very young and remarkably promising voice.
David marches exclusively to the beat of his drum, and he's better and happier for it. Sanrio Suicide is an song celebrating the discovery and delivery of self, just like Tyler's Call Me If You Get Lost which happened to drop the same day (and was ALSO incredible).

I'm glad I have these wonderful albums to help soundtrack my summer of self-discovery, and I'm especially glad to see a brilliant young creative create a song top to bottom and have it come out so bold and beautiful as Sanrio.

Diamonds and Jack, If you find this, atta boys buddies. You smashed it. (Word to those kids)
Last edited by a moderator: Jul 9, 2021
Reactions: slitherman, spenc4r, MUZICAD237 and 12 others
Click to expand...

Active Member
Author
thank you for such an original blog! we appreciate you
Pressure and Green are by far the hardest songs he made ever.

Off a pill in a red roooom

awesome
y’all hear summ??
Reactions: slitherman and flab
Beautiful piece of writing.
Reactions: Marjorie RS Sinclair
domd has been around for a fat ass min and originally he was sorta known cuz there was a small beef w rari cuz (allegedly) he had a consented relationship w a underage girl and he’s like 34 or sum some shi w a daughter but in most recent years he’s caught hella beef in the bay for scamming ppl and even more recently like this year he was scamming his fans by not sending them clothes or sum , and there’s a Instagram page called @diamondsonmydickscammer or sum with may more credible stuff

Reactions: SlattBFDR4PF, MaCy, az123 and 4 others

Worry about yourself nephs i got ur girl in my crib and lets just say she's tikking on my tok
Reactions: SlattBFDR4PF, Ninj and Marjorie RS Sinclair

I feel bad for you. Did you know the owner of a blog thread can see deleted posts? Maybe you should take a third try every time you respond to me.
Reactions: SlattBFDR4PF
woah rapist x pedo collab
pedophile & pedophile
You must log in or register to reply here.