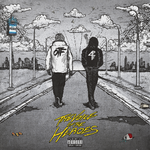 The Voice of the Heroes Review
by Leakify


Note: This is an opinion blog. You do not have to share my opinion.​

As I waited for The Voice of the Heroes to release, I had conflicting expectations. It is undeniable that Lil Baby and Lil Durk are some of the hottest artists of the “new generation". Lil Baby’s most recent album, “My Turn”, was one of, if not the biggest album of 2020, solidifying him as a breakout star. Between the success of his last two projects, along with his feature on Drake's hit song “Laugh Now Cry Later”, Lil Durk is going on a run of his own. Although Lil Durk has been around for about a decade, it feels like he’s finally caught his stride in mainstream music. With both of them coming together to make a collaboration album, it felt like it would surely be a success. What could possibly go wrong?

When the album finally released, my doubts were confirmed. Some quickly called the album “album of the year” while others dismissed it as mid or even worse. While I admit I sided with the latter after my first listen, I didn’t want to fall victim to “first-listen bias”. Even though @Alek has been begging for new blogs, I wanted to let the album sit with me for a while. Although the album has no deep meaning or lyrical content, I wanted to write a true review of the album rather than just a first-listen blog with a list of tracks and my thoughts on each of them. Now that the album has been out for roughly a month and is now out of the spotlight, I figured that it would be a great time to write what I have gathered.

Right off the bat, it’s clear that Lil Baby and Lil Durk have solid chemistry. It’s not the most obvious pairing in all of music, but they at least feel natural being on the same songs as one another.

While the album is too long, the structure of the songs was great. This is something small, but I appreciated it. There weren’t any crazy transitions or interludes in between the songs, but the general vibe and tone of the album slowly shifted from song to song without radically changing.

Songs 15-18 (The last four songs of the album), were my favorites from the album (along with 2040, but it didn't really fit this point). On these four songs, it finally felt like Lil Baby and Lil Durk started to take some risks. Instead of the same flows, beats, and melodies, each artist started to get out of their comfort zone and experiment. I’ll get into this more later in the review, but this section of the album stood out more to me.

Most problems with the album stand out more due to the album’s length. Very few albums meet or surpass expectations with eighteen or more songs, and this one was no different. Over the eighteen songs, there was very little diversity among the songs. It constantly felt like the same beats, the same flows, the same subject matter. There was simply not enough content to justify an eighteen song, hour-long album.


Beat selection is another problem on this album. With the exception of 2040 and How It Feels, the beats on this album are repetitive and unexciting. This ties directly into my next point: There was not enough experimentation on this album. Before you grab your pitchforks, let me explain.

I was not expecting either artist to reinvent themselves, or completely change their style. Successful collaborations require the artists to step out of their immediate comfort zone, and explore what you can do as two artists instead of just one. Every song on this project feels like it could have been a perfectly normal/average song with just Lil Baby/Lil Durk on it. If you look back at collaborative albums like What A Time to Be Alive, Huncho Jack Jack Huncho, and Watch the Throne, there were at least parts of the album where it felt like the artists were taking advantage of the collaboration. If you need even more clarity, listen to songs like Diamonds Dancing, Saint Laurent Mask, and Otis. These are songs that felt like they were built by both artists, and the quality would be diminished with just one of them on the song. There were no songs on this album where it felt like that.


Final Thoughts:
Most of this review has been critical of the album, but as I mentioned earlier, I’m more critical of this album because it could have been so much more. If both Lil Baby and Lil Durk truly brought their A-Game for this project it could have been something special. To be honest, this album felt like a collection of throwaways with open verses that each artist filled. That does not mean that this album was bad or unlistenable. As members of leakth.is/leaked.is/leaked.cx we know better than most that throwaways can be solid songs. Overall, Voice of the Heroes was still an enjoyable album.

If you’ve made it to the end, thanks for reading! Let me know how you felt about the album.

You can feel that chemistry when they both hopped on Every Chance I Get as a sort of teaser of what to expect for the album ?

Reactions: Aurora79, lilfreezer999, TariqHuncho23 and 7 others
I'm not reading all this it's a 10
Reactions: tragic, Gucci Mane, lilfreezer999 and 6 others
i have still listened to 0 songs off the album i should probably listen soon
Reactions: log, mew, asheboomin and 1 other person
Completely agree with this, couldnt have said it better myself. Honestly i feel if the album was shorter and more refined, with some filler tracks cut out, i would've listened to it way more than i have recently. I was incredibly hyped for VoH, and yet only come back to hear it three times, maybe four. It's not that it was neccisarily bad - i loved it the first listen round, it's just tiresome to listen to again and again, it almost feels as if its missing something. As you said, a lot of the subject matter, beats, etc just get repetitive after a while and becomes a struggle to listen to.
I feel shorter collab albums dont usually fall to this, even if a shorter album is tad repetive, theres just not enough time for it to get tiresome. If VoH was cut down to maybe 10-12 tracks, with Durk and Baby just going in, it couldve been a really solid project for the summer. KSG is a great example of how to do a short collab album without it getting boring imo, each respective artist does their thing, and if one was missing it wouldnt feel anywhere close to the same.

Also the coverart is godawful but that might be just me.
Reactions: lilfreezer999 and leakify
This album I only play if it comes on. I don't go and play this album, but if any of the songs play in any playlist or something, i listen and i like it! Baby carried per usual.
Reactions: Budd Dwyer and leakify

Honestly this song better than any song on voice of the heroes
Reactions: JJ0Z, JayM, Quavo and 1 other person

Awe why thank you
Reactions: leakify
who tf calls Huncho Jack a classic
Reactions: lilfreezer999, Timmytim320, Who and 2 others

Exactly
Reactions: jsh
aoty
Reactions: Macadelic
This was beautiful. Thank you
Reactions: leakify
Didn’t need overrated durk on every song
Honestly listened to the album twice when it first dropped and haven't gone back to any song. I love How It Feels, 2040 & Still Runnin but I never had that feeling to go back to them. My opinion on the album is similar to yours.
Reactions: leakify
I agree, been a durk fan for awhile and this album mid to me only a few good songs the rest just aren't memorable at all
who tf let a hivemind write this
Medical the best song on the album, no capp
You must log in or register to reply here.

DISCUSSION The Voice of The Heroes