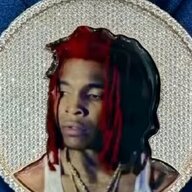 2022 had to be the worst year for rap on so many levels including quantity and quality. This past year had to the by far the least amount of music dropped by major rap artists compared to prior years. This past year had months without major noise in the rap game and when there was, it seemed to be another person dying or getting locked up. I now am forced to consider myself an old head looking at the rap game and I'm not even old, which is truly sad. Some examples of what is contributing to the death of rap are the lack of new (good) rappers, death of great rappers, wait times between albums, just mediocre beats and so much more.

Let me explain something, I am a huge fan of hip-hop and writing this it puts me in pain. I dont want to say raps been declining for years now, but, it really has and the large amount of evidence is stacking. As a fan I started listening to Wayne and dont consider myself to be an actual "old-head". I dont regularly listen to Jayz, Nas, Biggie, Tupac but it doesnt mean I dont respect what they did to create what I consider to be the best era of hip-hop.

Drake and Lil Wayne really started it off which just lead into Future then Young Thug. These people are the curators (with many others) of the golden era of rap music. Drake dropping the song Over in 2010 is what I really consider the beginning of what would be over a decade long run for rap music. Of course Im failing to mention some (a lot) of people such as Wiz Khalifa and Kid Cudi which many people seem to forget and Kanye too but I focus on the others due to my bias. Kanye could even be the beginning but for the sake of "new age" only im leaving him out. Kanye transends multiple eras and could even be considered part of the "old head" generatuon alongside Jay-Z buts thats a whole other debate. So this era starts with drake, peaks in 2015-2016 and has now declining... for years.

In order for rap to have not see the decline it has had, there had to have been many factors changed. One factor being just the sheer level of new talent. Soundcloud provided a platform that caused an insane surge in new artists giving the ability for someone to become an artist overnight. It seems like today there is really not many people that are joining the mainstream rap scene. I can think of some people like Polo G and Lil T Jay who I never really liked. Or, maybe, Sheff G and Sleepy who I can fuck with. Or, Ken Carson and destroy lonely who I feel have contributed to the death of rap. All Im saying is theres wayyy less new people and thats even before soundcloud was a thing...

The amount of people that have fallen off, gone to jail, dont drop out of choice or have completely changed for the worse is insane. Im not going to start naming people that I think are washed but I can assure you the list of dead, in jail, or fallen off rappers is substantial. The people that still have pull just drop way less often which I cant decide to attribute to getting rich, old, or both.

The albums we did see in 2022 were mostly underwhelming and artists like Lil Baby missed in many peoples eyes including mine. The Drake and 21 I consider a meme, Lil Babys album was lazy, A Boogie went unplayed, Gunna and Thug sat in Jail, takeoff died and there wasnt many positives besides the metro album which still cant feed the hunger. Anything dropped from now on will only give glimers of what the past had provided. The amount of albums dropped in 2022 has to be the lowest that I can remember in years, or at least it appears that way. It seems like people are okay with releasing completely mediocre albums such as Lil Baby's or Roddy Ricch's recent bodies of work.

Beats are a major factor and are not only the first thing you hear on a song but what dictate the way that the rapper will rap due to BPM and just the mood of the beat. Metro Boomin cannot go without mention due to his ability to make beats that have the right sound the majority of the time. Without metro this era would most definitely be different, not to say he was the sole contributor. Once metro left it did seem like rap took a turn for the worse. Da Baby came on to the seen and so did Jetson which redirected beats from the dark metro trap beats to more of his style beats throughout the rap game. Then wheezy with Hot and those trumpets. And cant forget pierre bourne, lord do I hate his beats.

So by "raps dying" it really just means the era im talking about is dead. There will most likely always be another era in some way of rap and the next one just being one I cant rock with sadly. Maybe old heads had these same thoughts. Rap has been becoming a joke that isnt funny and to know it will never return just hurts. Leaves me salty sitting here writing a full blown essay on why 2022 was wack.

There was a lot I wanted to say, and did, but also a lot I didnt. Very hard to articulate every point and detail that I wanted to include into a nicely flowing piece of writing without it jumping all over. My opinions, thank you for reading if you did.

Edit: I know that I left a lot of people out of the beginning of rap and this era where I was talking about Drake and Wayne. The only change I added above was Kid Cudi's name to the writing because I somehow forgot him. Tyler the Creater was in this era, logic was in this era, mac miller was in this era and even Childish Gambino. I didnt include them because I dont listen to them. I chose not to include many others that were part of this era as well: Big Sean, 2 Chainz, Uzi, Denzel Curry, Yachty and so on until it looks like a Rolling Loud setlist. Anyways, like who you like Im just happy I got to see the era that I did.
Last edited: Jan 9, 2023
Reactions: Zaptie, youngmulax, hashOG and 40 others 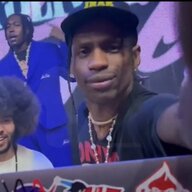 give this man author
Reactions: Trillsta, PC-, Kiwi and 19 others 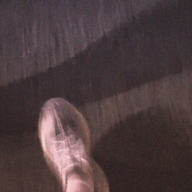 During 2022, Destroy Lonely the dropped long anticipated track, LNLY. It was known to fans as "Zombie," from a video of Bobby Wardell Sandimanie III previewing the song. In the clip, Sandimainie is high on drugs, listening to the song in the backseat of a car. In August of 2022, the track released officially, and Destroy Lonely supporters have been enjoying it in its full quality ever since. For that reason, your post, and conclusion, is invalid.
Reactions: Trillsta, YunSlash3r, ryshy and 33 others 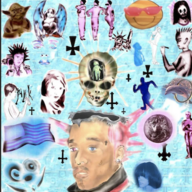 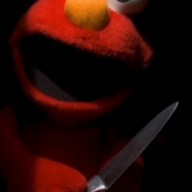 Rap is more concerned with court cases and antics than actual music. 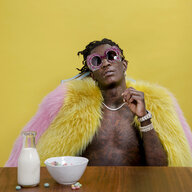 agree 100%. The new age guys (Destroy Lonely, Ken Carson, Yeat, Lancey Foux, SSGKobe, Sofaygo, etc) have been massively disappointing and have really just latched onto other artists styles and haven’t rlly done anything new at all. Lil Baby, Drake & 21 Savage, and a lot of other guys that dropped albums this year just sounded uninspired and lazy. Lil Baby’s album sounded identical the whole way through and unless he bounces back in 2023-24 he’s gonna fall off big time. Future dropped a great album as did Nudy but still those guys and Metro couldn’t save it on their own (same thing w $B but i’m not gonna count them cause they’re not rlly in the same convo). The beats are getting very monotonous and boring IMO, it seems like that creative spark to create different sounds that really made rap explode in the mid to late 2010’s has really burnt out. I’m expecting a lot of big artists to drop this year (Uzi, Travis, a 21 solo album, a solo Drake album, Carti, etc) but idk what to expect with that. We’ve also seen a lot of guys fall off this year as well (Dababy, Kanye w his off the mic antics, Lil Keed’s unfortunate passing, Thug getting locked up, Gunna most likely losing a lot of traction in the industry due to the plea shit, Pi’erre blowing it with his terrible album to name a few). Overall yeah not the best year for Rap tbh.
Reactions: flying33free, sheriffman, InRobwetrust and 12 others

this.
Reactions: InRobwetrust and TheDude09 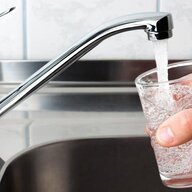 Idk bruh rock ain't been it for like 15 years now, an edm bit the dust also 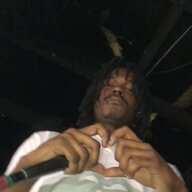 there isn't anything new anymore and if it is new it's more often than not just a gimmick
Reactions: InRobwetrust, 4PF, EasyBreezyCz and 5 others

Stop looking at the mainstream if ur bored lol theres more rap out there
Reactions: Trillsta, youngmulax, Outs and 19 others

when i was like 15 i thought mainstream rap was the problem and the underground was the thing that was keeping music alive but it's really the opposite
underground music now that's considered good is people looping deftones songs and putting really bad drums on it and doing their best uno impression or trying to remake 2014 sosa leaks but adding electric guitars and putting a bitcrusher on it
Reactions: Iceheart, Trillsta, flying33free and 20 others 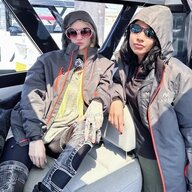 Sosa, Future, Thug, then later on Uzi and Carti breaking into the mainstream in retrospect were the last true refreshing things to happen to hiphop. Now every time someone new comes up like (but definitely not limited to) Ken and Lone, they sound cool in the moment but then seem to fall off before they even fully get put on. I think an overall lack of new ideas that don't pull heavy from the previous waves of artists has severely decreased the average staying power of most new rappers.

I used to think it was just me being "old" when I would always just go back to the first five people I said, but I have younger brothers that feel the same way and they weren't even tapped in back then when all that shit was coming out and they still fuck with it heavy.
Reactions: Skepta, 4PF, Rorovsdaworld and 14 others

Oh I didnt mean the fucking opium shit lmao I think "trap" and its grandchildren (which is I guess where we're at now idk its hard to define subgenres u know what I mean tho) are totally cooked I meant more stuff like Earl/Navy and what those guys are doing
Reactions: KJ707, scizor and graham You're right, my playlist right now is mainly old shit with a slight sprinkle of new stuff
Reactions: Trillsta, InRobwetrust, Mordecai and 5 others

also you make no mention of Tyler and I think he's one of the best things the genre has going for it rn CMIYGL is a great pure "rap" record that doesn't rely on shitty gimmicks and trap drums he can actually flow and storytell super engagingly
Reactions: declan, cokey, Vanchi and 3 others
D

with people like gucci future and thug you can see what people were saying on mixtape and forum sites back then some people had their pitchforks out ready to kill them and you don't see that at all anymore
Reactions: CallMeWhenever
D

yeah every now and then something will come out that i really like but aside from that i mainly just like finding old stuff that i missed out on or just didn't know about
Reactions: SOUTHSIDE, InRobwetrust, lopes and 11 others
You must log in or register to reply here.

DISCUSSION Mr Morale & The Big Steppers was and still is Ass

Hip-Hop Discussion Today at 3:29 AM
Pendi