Christian and the Hedgehog Boys (2003)

A public apology.
I wanted to take a moment to apologize for having previously rated this 0.5 and the things I said about this album.

Over the past 6 months or so I've really started to become aware of just how harmful, ableist, abusive, exploitative, and traumatic the constant waves of online harassment/exploitation of Christine Chandler truly was, and I feel me having previously interacted with this page at all was wrong and harmful of me.

While Christine Chandler has done some legitimately shitty/problematic actions herself, that doesn't remotely excuse or justify the bullying and exploitation she has been subjected to.
There's a difference between publicly calling out someone for harmful/problematic actions, and publicly bullying/harassing/exploiting someone purely for being different in ways that weren't even hurting anyone to begin with.
What people have done to Christine Chandler was purely ableist abuse and exploitation.

While my rating and what I said about this album was purely due to my feelings of the album being poorly made and for at one point containing what I felt were incel-leaning lyrics, and not as a way of ridiculing/harassing/exploiting Christine Chandler as a person, I feel me rating/criticizing the album at all has contributed to the inexcusable abuse she has received throughout the years.

Regardless of my intentions, I feel extreme guilt and shame for negatively interacting with this album on here, and I feel that I am part of the problem for having done so.
I unrated this and removed my comments/votes on it several months back, but again, I still feel I'm part of the problem.

I sincerely apologize to Christine Chandler and everyone else who has been victim of similar ableist harassment/abuse/exploitation. (which frankly includes myself)

/genuine
Reactions: Jadas, tr45hm4n, frieza and 17 others
Click to expand...

Active Member
Author
cmon just touch it it's not that hard 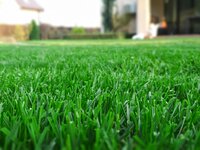 Reactions: rainnoveryou, BigDong, DIG and 29 others
if you have author role on site you automatically have reduced brain functionality
Reactions: BigDong, frieza, Jadas and 17 others

says the one with a solution point on his profile ?
Reactions: BRWN FLWR, Zero, LeakedIs User and 2 others

what
Reactions: blurrijs, Zero, Indi and 4 others

Why
Reactions: FinalxNinja
this >>>> pluto x baby pluto ?
Reactions: BRWN FLWR, Indi, throwitup and 2 others
Man what the fat fuck is this shit
Reactions: BigDong
ill never understand why people cant just turn their shit off when they get bullied online
Reactions: Indi, Future and sayda

idk who the fuck that is
Reactions: Future

the guy in the post? who else would it be bruh lol
Reactions: BRWN FLWR
Chris Chan will forever be remembered lmao, what a staple in internet history
Incredible fucking album

Who is he
You must log in or register to reply here.

Blogs Friday at 6:58 AM
HunchoJackHJJH