You are using an out of date browser. It may not display this or other websites correctly.
You should upgrade or use an alternative browser.
L


Whatever you like whether it be Drake or Kanye boring asses so , Are we all ready to hear some real shit ??? Where is ab-soul at ?

Do you think his next album will be the album that elevates him to the status he deserves ? Nobody would really dare step to Soulo. Even battle rappers fold under the pressure. So when we thinking ...? Dropping this year ?
Reactions: Virgin Simion, mgod07, slitherman and 9 others 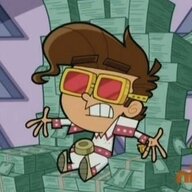 Soul is very very good but prob won’t ever be any more popular than he is, maybe some features could get people interested but I doubt it will transcend him at all.

Also, battle rappers do not fold to the pressure lol Daylyt beat him clear!
Reactions: SellingWhiteAgain, Dirty Harry, FinalxNinja and 1 other person 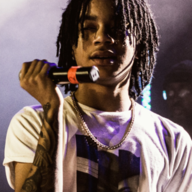 When TDE gets their shit together, god knows the label is starting to crumble
Reactions: bootymanelafleur, SellingWhiteAgain and Lazaruz
L

When?? I dont remember Gaylyt beating soulo. But I think he has signed a big deal with a major. He hinted at this last year. Maybe simular to Sir's deal
Reactions: FinalxNinja
L

Daylyt beat Soul in the battle at the end of “These Days” in my opinion. Daylyt signed to a TDE affiliate group named “A Room Full of Mirrors” ... it’s Punch from TDE’s next group of potential stars
Reactions: FinalxNinja 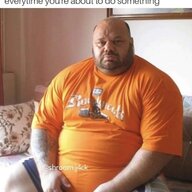 Never said that specifically
You can tell their peak reign already happened (2015-2018)
One reason for their streak being the timing of their releases, and the quality output ofc
2019 being the beginning of the end due to the albums released being underpromoted, and none being critically acclaimed (Q dropped mid after 3 years of wait, SiR's album and Zacari's EP went under the radar due to underpromotion)
The huge gap of releases from their heavy hitters (Kendrick, SZA, etc.) has also affected it negatively
Them also not signing many new talent (or good talent if you will, Reason and Ray Vaughn are bottom tier on the label)
Imagine if SZA's next album fulfills her TDE contract, and she chooses not to renew, what happens next for TDE?
Reactions: TylerGotGrip 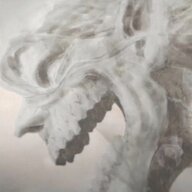 leave him be
F

I see nothing wrong with these comments
Reactions: FinalxNinja 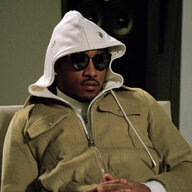 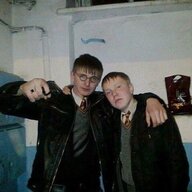 I hope he drops a new project soon -- even his cringeworthy conspiracy antics were entertaining, resulting in the occasional groan or chuckle as he meandered on about the american flag and homosexuality or how spelling mom on your flip phone equals 666

That being said, I hope that whatever his new project is ends up being more in the vein of Control System or Long Term 2 (or mentality). When Soulo gets into a zone regarding his personal life, his ability to outrap everyone else, or the wide-ranging impacts of socioeconomic conditions, I think he manages to make a case for being quite under-rated. Even with some of the lyrical issues, Do What Thou Wilt was musically interesting, expanding the sounds he usually uses and making great use of the collaborations. Dangerookipawaa Freestyle is dope, so I'm holding out hope that he comes through with some heat.
Reactions: FinalxNinja

I don't give a fuck about criticizing the American government but those last two are absurd. There's no way this can be the artist everyone's told me I've slept on for a fucking decade. Lmao.
Reactions: FinalxNinja

Soulo is an acquired taste, and I do think some fans have held on too much to his earlier work as their justification for their celebration of all his music. There is definitely a big difference between Long Term 2 Ab-Soul and Do What Thou Wilt Ab-Soul. From Long Term to Control System, Soulo was less abstract in his rhymes; though he still engaged with certain conspiracy theories and third-eye bullshit, much more of his music felt grounded. Songs like Day in the Life, Drift Away, Soul Cry, Terrorist Threats, The Book of Soul, Time is of the Essence, all demonstrated his ability to convey personal insecurities and frustrations in the context of trying to get through life day-by-day. Alot of people also cite his displays of lyrical dexterity on tracks like Illuminate, The End is Near, Ab-Soul's Outro, Thorns and Horns, and Dat Sound Good, which saw Soulo coming through with clever and entertaining verses.

After Control System, though, following Alori Joh's suicide, he seemed to try to figure out a new direction in his sound to mixed results. These Days isn't a bad record, as it has some good joints (the hidden title track, Tree of Life, Ride Slow, Closure, WROH), but he tried a bunch of different, more "party-driven" sounds that didn't always land. Do What Thou Wilt was a strange mixture of different styles Soulo has worked with before. The record almost ends up being post-ironic; he sometimes rambles a bunch of weird shit, and then laughs at his weird shit and antics on the same record. The line I cited is in the context of a song in which his homie is trying to put him onto a new conspiracy theory, but both sides sound like they're in on a joke. It's an album in which the overall goal is muddled. On that same album, though, he also navigates the complexities of the legal and electoral system around 2016 on Beat the Case/Straight Crooked, goes abstract as all fuck on Portishead in the Morning, explores loneliness in a potent way on Lonely Soul, and manages to hold his own in the brief Jay Electronica beef on RAW.

Essentially, I'm just trying to say that my comment shouldn't lead to you writing Soulo off completely. His discography is a bit of a mess, I concur, but there are some genuine gems in there. I encourage at least listening to Control System before you decide to either dive deeper into his work or to write him off completely.
You must log in or register to reply here.

a thread ab @upsahl and upsahl the singer

DISCUSSION Will Donda follow the footsteps of The Life of Pablo? (Or Even Surpass Them)

DISCUSSION Battle for the title of YE: Yeat vs Yeezy